The Individualized Studies concentration: How it works and if it makes sense for you 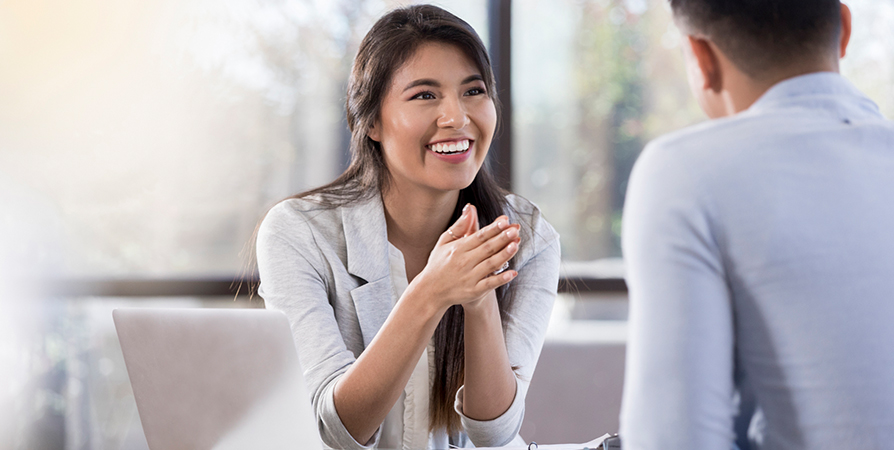 The cornerstone of a liberal arts education is exposure to different disciplines. Students in the Penn LPS Online Bachelor of Applied Arts and Sciences (BAAS) program explore a variety of subjects, both familiar and new, in addition to choosing an area to study in greater depth. When it comes time to specialize, some students may decide that they want to develop expertise spanning multiple areas. For these students, an individualized concentration, sometimes called a self-designed major, allows them to blend concentrations in a thoughtful, academically rigorous way.

Kris Rabberman, Assistant Vice Dean and Director of Academic Affairs at Penn’s College of Liberal and Professional Studies (LPS), says the Individualized Studies concentration offered through the BAAS appeals to students’ intellectual curiosity and pragmatism. “They're coming to us because they're excited about the idea of studying something that they can then really master and take with them outside of Penn,” she says.

The individualized concentration is designed to give students the flexibility to be academically expansive. “Some students are excited to discover overlaps and resonances between what they have studied in one area and topics that they are now learning about from a different perspective,” Kris says. “That is a really valuable moment in students’ educational lives, because it gets them to push beyond what may have looked obvious and think on a deeper level about those sorts of connections and see things that maybe other people aren’t seeing.”

Kris notes that the individualized concentration may also make practical sense for students who enroll with a specific professional outcome in mind. “If they are very clear about how they want to use the degree, that can guide their decisions about what courses they should take,” she says.

Kris says that these two motivations, pragmatism and intellectual curiosity, are not entirely separate. In our innovation-based economy, an interdisciplinary mindset can be highly prized. She adds that many of the traditional concentrations that Penn offers are themselves interdisciplinary and allow students to explore specific interests within an established framework. “The individualized concentration just allows students to take that a step further,” she says.

If a student is interested in pursuing an individualized concentration, the first step is for them to talk to their BAAS advisor. Students are then referred to Kris, who helps them think through what series of courses can help them achieve their goals. Based on these conversations, students develop a short proposal in which they indicate the courses they want to take drawing from different curricular areas. Their proposal should explain how the courses fit together and form a whole that is greater than the sum of its parts.

The next step is for the BAAS faculty committee to review the proposal and either approve it or recommend changes. “They are able to use their knowledge of the curriculum to be good advocates for these students,” Kris says. “They might ask them, ‘Have you thought about these other ways that the courses could fit together?’ or they might say, ‘Maybe this particular course doesn’t make much sense but what about this one?’”

How does an individualized concentration appear on a transcript?

Sarah Libros, Student Success Advisor at Penn LPS Online, says the most common question she gets from students about the individualized concentration is how it will appear on their transcript when they graduate. The answer is that students create their own title as part of the proposal process. “The title they design is what will appear on their transcript, which we think is very important and helpful,” she says. Kris agrees, noting, “We want students to be able to communicate what they studied very succinctly and effectively. We know from working closely with our employer advisory board that storytelling—including the ability to convey one’s personal story—is one of the most important skills that students can develop for their future job prospects.” She says that having an official title for an individualized concentration also helps students when going before graduate school admissions committees, and even when talking to family and friends.

The role of advising in the individualized concentration

Kris and Sarah emphasize that advising is central to the process of designing and completing a successful individualized concentration. “As advisors, we work with the students to help them decide what they want to study at Penn based on what they want to accomplish in their lives,” Kris says. “We are also very intentional about making certain that there's coherence for the students and that they're developing deeper, more complex skills as they move further into their chosen curriculum.”

Sarah adds, “There is more of a need for advising with the individualized concentration because it is not as straightforward. Students can choose any of the options that are available to them, which is great and exciting, but it’s important to have conversations about how the topics make sense together and how they will bring value to the student once they graduate. When they leave Penn with their degree, we want to make sure that the knowledge they developed here is not just an eclectic assortment of subjects but really ties together synergistically under one umbrella.”

Kris and Sarah also note that the advising process can begin before enrollment. “I would encourage students, whether they're applying to us or not, to really think about their goals and what they want to do with the degree,” says Kris. “Penn’s recruitment specialists are a great resource because they are really knowledgeable about the curriculum and they can help students figure out whether there’s a good fit between what they want to accomplish and what they can learn through us.”

To learn more about the Individualized Studies concentration, and the Bachelor of Applied Arts and Sciences program more broadly, consider attending a virtual information session. (Dates and times for upcoming sessions are listed on the Penn LPS Online events page.) You can also fill out a Request for Information form or contact the Penn LPS Online team.