What is climate change, and what should we do about it? 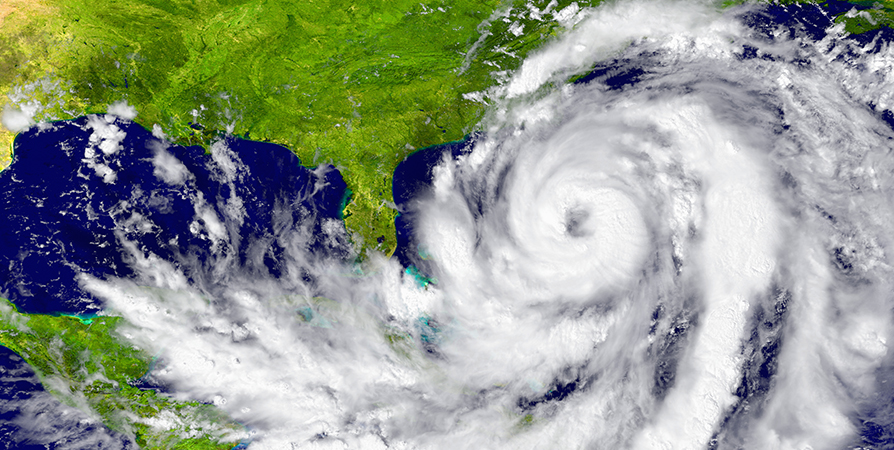 The conversation around climate change has taken on new urgency in the last few years. As we see more superstorms, floods, droughts, and fires in the news and our own lives, more people than ever before feel drawn to understand this complex topic.

“I think people want to educate themselves so they can speak more authoritatively about the science and take action to address the crisis,” says Dr. Yvette Bordeaux, who directs Penn’s professional master’s programs in earth and environmental science. She says climate change is “a muddy space, and people are so confused about it,” but that everyone can and should learn how the earth is changing and what that means for our future.

One reason people may feel they want to understand climate change better is that it affects so many aspects of our daily lives. At stake are existential issues such as the security and comfortability of our homes, the cost and availability of food and clean water, and our exposure to diseases like malaria, which is moving north as the weather warms. Small comforts that we currently take for granted could also disappear. Take maple syrup: shorter winters and fewer freeze-thaw cycles will make the tasty product harder to produce.

What makes climate change such an urgent and formidable challenge is that its effects are compounded by feedback loops in the earth’s systems, Yvette explains. “As the ice melts and retreats, plants grow. That melts the ice faster because whereas ice reflects energy from the sun, plants absorb heat. As the ice continues to melt, methane stored in the ground is released into the atmosphere.” She continues, “Increased droughts mean more forest fires, which drop a lot of ash onto the glaciers. That makes the glaciers darker, which makes them absorb energy instead of reflecting it, and so they melt faster.”

Scientists are concerned that at some point, there will be no way to reverse these feedback loops. If we pass that tipping point, we will lose all our ice, the sea level will rise, and we will have more storms, more flooding, and more displacement.

How can we tackle climate change?

“I try not to be too depressing!” Yvette says with a laugh. She acknowledges that there is a danger of people becoming fatalistic about the daunting challenges we face with climate change. “That’s why we need to talk about solutions, not just problems. It’s easy to talk about all the issues—coral reefs are dying, ecosystems are collapsing. But there are steps that each of us can take to reduce carbon emissions and get our neighbors and politicians to think about these things.” Yvette notes that many of the biggest victories of the environmental movement started as grassroots efforts, including the Clean Air Act and the Clean Water Act. She wants people to understand that their actions, however small they may seem, do make a difference and set an example for others.

“Unfortunately, even if everyone starts changing their behavior now and we meet our target for reducing carbon emissions, we're still going to have a problem,” says Yvette. We need to do more than reduce fossil fuel consumption, she says; we also need to plan for the effects of climate change that are already underway: sea-level rise, storms, drought, and flooding. The US Navy has plans for its ports, which are vulnerable to sea-level rise and storm surge. Coastal cities need to plan for these issues, too. Every town needs to understand the particular issues it will face and plan accordingly.

Yvette recommends that city planners and other public-sector professionals sharpen their understanding of climate change issues. Increasingly, their jobs will include planning for the effects of climate change in their region, which will vary from town to town. Philadelphia, while not a coastal city, will still be affected by sea-level rise. Saltwater from the ocean will move further up the Delaware River toward where we get our drinking water, putting additional stress on the water department to filter the water to drinkable standards. Sea-level rise could also put Philadelphia’s airport underwater in the not-too-distant future. That is because, like most airports around the world, PHL is on marshy land. Large, flat, inexpensive tracts of land are hard to come by elsewhere.

“Every town needs a resiliency plan,” Yvette says. And for any towns still on the fence, they should know that the Federal Emergency Management Agency (FEMA) may someday withhold disaster aid if they fail to enact appropriate climate resiliency plans.

Members of the business community may also want to develop their climate change competency, Yvette says, since a changing climate poses threats to every element of supply chains. Raw materials will be less abundant, it will be harder to get them to factories, and there may not be water available at the factories to process them. After a big storm, even if a factory is unscathed and stands ready to go, its workers likely will not be. Farms are especially vulnerable to climate change, which intensifies all the existing challenges in agriculture and makes them harder to manage: pests, flooding, drought, and unpredictable weather. A surprise blizzard in Montana recently wiped out a large percentage of the state’s crops. Some of these farms may now go out of business.

For those who feel hopeless about climate change, it may comfort them to learn that there have been some policy changes that are beginning to bear fruit. Atlanta has reduced extreme heat by planting trees, London has improved its air quality, and China has reduced smog dramatically because its citizens made their voices heard. Additionally, even though the US pulled out of the Paris Agreement, many mayors and governors around the country are continuing to advance the goals of this landmark global climate accord. Politicians understand that investments in green infrastructure are essential and what voters want.

“We had been talking in our department about how to help more people understand these topics,” Yvette says. The response she and her colleagues developed is the new Penn LPS Online Certificate in Climate Change, which covers the science behind climate change as well as the communication tools to explain the information effectively to a range of audiences. “Term papers are great,” Yvette says, “but that’s not how you’re going to connect with CEOs, politicians, kids, or the general public.”

“If you look at climate, you can break it down into different areas within the earth system, and the two biggest ones that you need to understand if you are going to understand climate change are oceans and the atmosphere,” says Yvette. “I also recommend that people learn a little bit about the cryosphere, which is the ice, and how all these systems interact and what the consequences are.”

Accordingly, the four-course certificate in climate change includes Oceanography, which is taught by Dr. Jane Dmochowski, an expert in the use of satellite remote-sensing to study oceans; and Atmospheric Science, taught by atmospheric chemist Maria-Antonia Andrews.

The third course, Climate Science, is taught by Yvette, whose background is in paleontology. “That’s where we look at how the oceans, atmosphere, and cryosphere interact. I bring in my paleontology lens when we talk about climate proxies, which is looking at what happened in the far past when carbon dioxide levels exceeded a certain point, as a way to predict future climate.” Students also explore policy decisions around climate change.
The last course in the certificate, Communicating Science, is taught by Dr. Elizabeth Scheyder from Penn’s Center for Programs in Contemporary Writing. Students learn how to communicate the knowledge they have acquired to a range of audiences, for example, how to write a whitepaper that a politician can draw from while campaigning or governing. In the process, students learn about the state of the policy debate around the world.

Yvette and her colleagues are passionate about making these subjects accessible to all students, whether or not they have a science background. “Certainly, it helps to have a little earth science background or geology or chemistry or math,” Yvette says, “but we don’t assume any of those things. Wherever students are starting from, we bring them up to speed in the lectures, and the quantitative assignments are all broken down step by step.”

The courses are also accessible to students in other cities and countries since the classes take place online. “It’s really neat to have course-takers around the world who can tell us how they see climate change affecting their area,” Yvette says.

Yvette acknowledges that climate change is a controversial topic. “As much as possible, we try to be impartial,” she says. “Certainly, with oceanography and atmospheric science, it’s empirical and it’s not political. But when you get into the last two classes, it can become very political.” She says that students have different viewpoints and are encouraged to understand alternative perspectives. “We're not going to try to force our views on them. As a scientist, that's never what we want to do. We want people to understand everything and then think critically and analyze.”

Yvette says she and the other faculty want students to understand that “what we read in our science textbooks in middle school is not the be-all, end-all.” On the contrary, she says, our understanding constantly changes as scientists continue to experiment and model.

One could spend a lifetime studying climate change and still not know everything there is to know, Yvette says. “But I think the four courses in this online certificate will give people a better understanding of the science, and that while the science is not always as clear as people want, it is becoming clearer every day. A lot of the predictions that we've made have come true, so we need to act on that.”