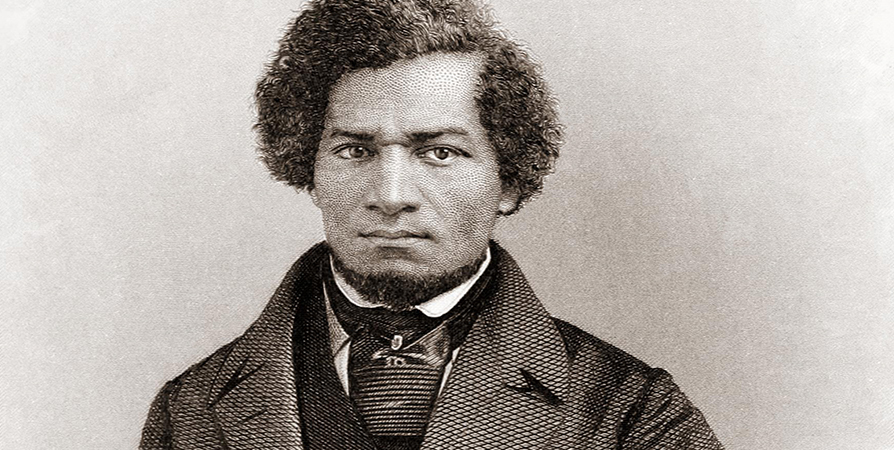 Looking for the best world history books or historical novels to read? Ask a professor. We talked to Penn LPS Online faculty members about the reading assignments they are excited about sharing with students, from best-selling history books to forthcoming political analysis to literary classics that still resonate today. What we discovered is that one of the joys of adult online learning is the opportunity to read and discuss historical reading passages and ideas in a vibrant intellectual community.

Read on for book recommendations from our expert instructors. Whether or not you are currently enrolled in our Ivy League online courses, you’ll have something to learn from these must-read historical books. 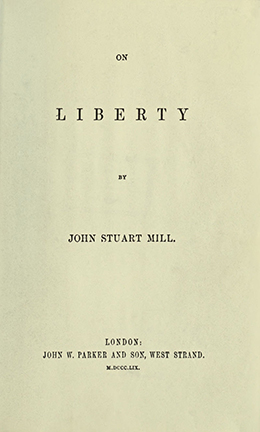 John Stuart Mill was a British thinker and writer who lived in the 19th century. An opponent of slavery and advocate for women’s rights, Mill is best known for arguing that the most moral action is that which promotes happiness for the greatest number of people. His body of work influences the fields of economics, political science, philosophy, ethics, and social justice.

With a prolific writer who published dozens of groundbreaking books and essays, where do you even begin? “Everyone should read John Stuart Mill’s On Liberty because it gives readers a new understanding of themselves as individuals and as members of society,” says Elizabeth Matthew, Associate Director of Curriculum Development and Instruction for Penn LPS Online. Matthew assigned an excerpt of the book in her course LEAD 2030: Leadership Lessons from the Humanities, which explores ethical and effective leadership through a variety of moral and philosophical frameworks. Including Mill’s best-selling history book in this course makes the case for both self-development and diversity of ideas as assets in the workplace.

“On Liberty also constitutes the philosophical foundation of liberal democracy,” adds Matthew. Mill wrote On Liberty when the constitutional democracy of the United States was in its infancy, captivating thinkers with its early successes and failures. Mill coined the term tyranny of the majority, a systemic weakness of democracy that America’s founding fathers attempted to offset with checks and balances. 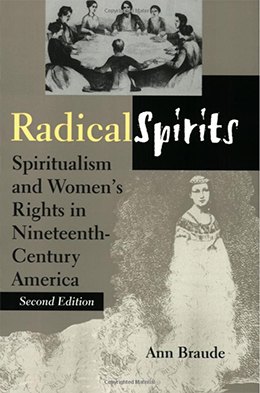 Today, the idea of holding a seance to commune with the spirits of the dead might seem silly, spooky, or disrespectful, depending on your beliefs about the afterlife. But in 19th-century America, seances and other Spiritualist practices were, if not widely accepted, at least widely adopted by some prominent thinkers and statesmen. Spiritualism is a belief system—you could call it a religious movement—that posited an afterlife populated by spirits who could communicate with the living and share supernatural knowledge that many 19th-century believers were eager to learn. The movement was particularly popular in America, where even the White House hosted seances while Abraham and Mary Todd Lincoln grieved the loss of their son. But Spiritualist ideas also gained traction overseas with adherents including Arthur Conan Doyle, creator of Sherlock Holmes, and Pierre Curie, husband of pioneering scientist Marie Curie.

If this intersection of supernatural weirdness and historical reading fascinates you, it gets even more interesting. “I recommend Ann Braude’s well-known book, Radical Spirits: Spiritualism and Women's Rights in Nineteenth-century America,” says Justin McDaniel, Professor of Religious Studies. “Radical Spirits explores the engagement between the women's rights movement and the religious movement focused on contact with spirits of the dead. Braude makes a strong historical argument linking the rise of the women’s movement in 19th century America with the rise in Spiritualism at that time.”

In brief, Radical Spirits demonstrates that the tenets of Spiritualism gave 19th-century women an alternative to male-dominated religious practices as well as historically rare opportunities for public speaking and leadership roles. McDaniel, who includes lessons from the book in his course RELC 2000: Gods, Ghosts, and Monsters, adds that many female Spiritual leaders were outspoken abolitionists and advocates for social change. “It was a fascinating moment in world history where social and spiritual movements interacted and enhanced each other in surprising ways,” he says. “You could compare it to the way social justice movements overlap with mindfulness, meditation, and yogic movements in American culture today.” 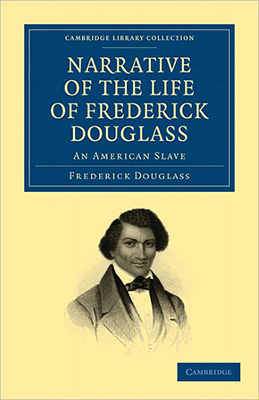 “I rarely teach anything that I don’t think everyone should read,” laughs Catherine Turner, Senior Associate Director of Penn’s Center for Teaching and Learning at Penn—and since the study of English literature entails not only reading and writing about historical books but also thinking broadly about how books speak to one another, it is appropriate to squeeze in a pairing of suggested reads by an English literature professor.

“As someone who wants to see America as a nation that can live up to its ideals, Narrative of the Life of Frederick Douglass, an American Slave is a challenging read,” suggests Turner. A writer and orator whose testimony of life under slavery ignited the abolitionist movement and helped power America’s eventual move toward emancipation, Frederick Douglass looms large as a figure in American history. He was a diplomatic ambassador and vocal advocate for the rights of all people, including women, immigrants, and Native Americans. Douglass penned several autobiographies including Narrative of the Life of Frederick Douglass, sections of which will be assigned in Turner’s course ENLT 3000: Radical Literature from the American Revolution to the Civil War. “While I think the work is historically important, Douglass is such an individual and asserts his own humanity so powerfully that I use his text to reflect on and challenge racist systems and the legacy of white supremacy in my own life,” says Turner. “His work calls out the huge gaps between the rhetoric around liberty in the United States and the lived reality of so many people in this country.” 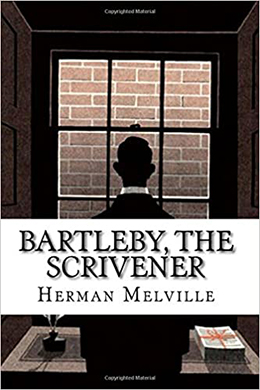 In the same course, Turner’s students read "Bartleby the Scrivener," a short story written by Herman Melville, who is better known for the best-selling historical novel Moby Dick. It is a wordy story that can make for difficult reading, says Turner, who recalls struggling to finish the assignment as a high school student. “The story hit home in my 20s, when I worked in an office with a set of annoying co-workers and a terrible but well-meaning boss,” she adds. “I started to see that it was both funny and quite challenging.”

Turner compares the opening of “Bartleby” to a 19th-century version of the hit television series The Office: the narrator, an elderly lawyer, employs a couple of colorful characters and must hire a third to assist in copying out legal documents by hand. The new hire, Bartleby, appears to be a productive and compliant employee at first—but gradually refuses to work, simply saying “I prefer not to” in response to his employer’s requests. “Melville turns his satire on office life into something more,” says Turner. “He ends with some of the same questions Frederick Douglass is struggling with: what makes us human?  What do we owe each other? Is there any way for people to be individuals in a system that demands that we be productive? Melville’s story avoids any clear or easy answers, and that uneasiness keeps me returning to the story to rethink my own life and the challenges of being a person who must make a living.”

“It's impossible to understand the past century of Middle East politics without considering the role of the United States in the region, the single most common explanation for which has been oil,” says Nathaniel Shils, a PhD candidate in the Department of Political Science at the University of Pennsylvania. “The claim that securing the free flow of oil in the Persian Gulf is a strategic necessity has been conventional wisdom in the United States since the Carter administration. It has been a core assumption underlying how generations of foreign policy experts and strategic planners think about the Middle East.”

This assumption, says Shils, is upended in a forthcoming book by Robert Vitalis, Professor of Political Science at the University of Pennsylvania and one of Shils’ dissertation advisors. Exploring the world history and politics of US relations with Saudi Arabia, Oilcraft: The Myths of Scarcity and Security that Haunt U.S. Energy Policy helps separate fact from fiction. “Vitalis’ point is essentially that oil doesn't actually wield the power in global markets or politics that many think it does, but fears of scarcity and beliefs in strategic necessity have had a tremendous influence on American foreign policy,” explains Shils. “He thinks that recognizing the mythical quality that oil has acquired in strategic thinking is essential for crafting better foreign policy towards the Middle East.”

Although the book is not yet in print, its introductory essay has been published on Jadaliyya, an online publication produced by Georgetown University’s Arab Studies Institute. Shils includes the essay to his course on modern Middle East politics. “I wish I could assign the entire book, but we’re reading this article at the end of the course so that students leave class with an understanding of the history and are challenged to continue thinking about the underlying logic of claims about the relationship between America, oil, and the Middle East,” says Shils. “These issues remain as important as ever, and more so today as climate change and exhaustion with America's ‘forever wars’ in the Middle East are bringing people together around alternative visions of possible energy futures.”

These five must-read historical books offer a taste of the humanities and social science topics offered by Penn LPS Online. View our course calendar to see the full range of Ivy League online courses available in any upcoming term.