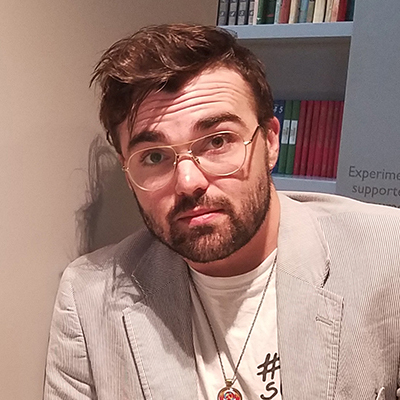 Clinton Williamson is a PhD candidate in English at the University of Pennsylvania, specializing in 19th and 20th century American literature. His dissertation, Nebulous Figures: A Cultural History of an American Riotocracy, 1848-1929, looks at the ways in which a so-called lumpenproletariat crafted refusals to work as strategies for re-staging value in the latter half of the long 19th century. Examining a wide range of genres, this project proposes that those living on the margins of wage labor possessed vibrant and complex social networks that in their very resistance to work under capitalism exposed new ways of modeling potential worlds absent its violent drudgery. Clinton received his BA with honors in English and art from Grinnell College in 2013.