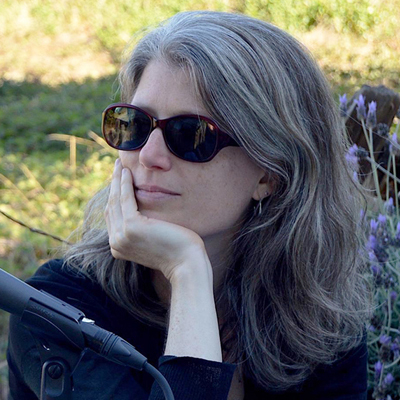 Julia Bloch received a BA in political philosophy at Carleton College, an MFA in creative writing/poetry at Mills College, and an MA and PhD in English literature at the University of Pennsylvania. Her interests in twentieth-century poetry and poetics include the North American long poem; formal hybridity; subjectivity; gender and sexuality; and genre theory. Her current book project, "Lyric after Epic: Gender and the Postwar Long Poem," investigates generic concordance and contention in the innovative North American long poem, looking at issues of gender, ideology, and the place of the lyric. Julia’s poetry, reviews, and essays have appeared or are forthcoming in Journal of Modern Literature, Tulsa Studies in Women's Literature, Women’s Studies Quarterly, How2, Mirage/Period(ical), Aufgabe, Five Fingers Review, New Review of Literature, and elsewhere; her book of prose poems, Letters to Kelly Clarkson, was a finalist for the 2013 Lambda Literary Award. She is also the author of Valley Fever, published in 2015, and The Sacramento of Desire, forthcoming in 2020 from Sidebrow Books; her chapbooks include Hollywood Forever (Little Red Leaves Textile Series) and Like Fur (Essay Press). She is coeditor of the international poetics journal Jacket2. From 2011 to 2013 she served as assistant professor of literature at the Bard College MAT Program in Delano, California. From 2013 to 2015 she was associate director of the Kelly Writers House. She now directs the Creative Writing Program at Penn. She has received the Dean's Award for Distinguished Teaching by Affiliated Faculty and was also awarded a Pew Fellowship in the Arts .