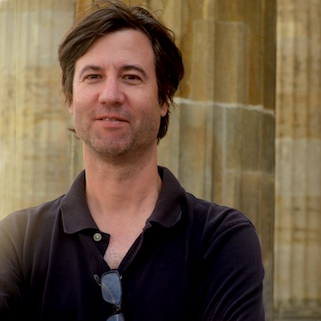 Professor and Chair of Classical Studies

Peter T. Struck is Professor and Chair of the Department of Classical Studies at the University of Pennsylvania. He is director of the Benjamin Franklin Scholars program and founder of its Integrated Studies curriculum. He is cofounder (with Sarah Igo) of the National Forum on the Future of Liberal Education, and has worked with foundations, media organizations, and scholarly societies to promote the liberal arts. He works on the intellectual history of Greek and Roman antiquity. His book Birth of the Symbol: Ancient Readers at the Limits of Their Texts (Princeton 2004) won the C. J. Goodwin Award from the American Philological Association for best book in Classical Studies. His most recent book is Divination and Human Nature: A Cognitive History of Intuition in Antiquity (Princeton 2016), for which he also won the Goodwin Award, becoming the first person to win the award twice. He edited Mantikê (with Sarah Iles Johnston, Brill 2006), The Cambridge Companion to Allegory (with Rita Copeland, Cambridge 2010), and is general editor (with Sophia Rosenfeld) of the six-volume Cultural History of Ideas forthcoming from Bloomsbury Academic in 2020. He is currently writing a popular book on mythology for Princeton University Press. He has given dozens of lectures at universities in the United States and Europe, and has held fellowships from the National Humanities Center, the American Council of Learned Societies, the Whiting Foundation, the Mellon Foundation, the Center for Advanced Studies in Behavioral Sciences at Stanford, and the American Academy in Rome. He has won multiple teaching awards at Penn, including the Lindback Award, the university's top teaching prize.