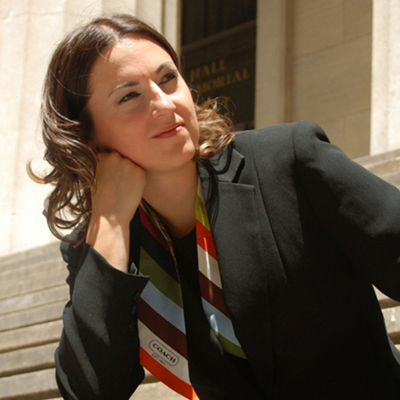 Dr. Rebecca Padot is an Assistant Professor in the Department of History and Government and also teaches in the Government, Law, and National Security Program. She received all three of her Ivy League graduate degrees from the University of Pennsylvania (PhD in Political Science, MGA/MPA at the Fels Institute of Government and an MA in Political Science). She also currently holds the title of Non-Resident Senior Fellow at the University of Pennsylvania and has held the titles of Bradley Fellow, Earhart Fellow, Fox Distinguished Graduate Fellow, Mumford Fellow, and PRRUCS Fellow. Rebeca was also nominated for the Penn Prize for Excellence in Teaching by Graduate Students.

In recent years, Dr. Padot traveled twice to The White House at the request of a Director of a White House Office to present her research to him on non-profits and national public policy.

Working as a grantmaker for The Pew Charitable Trusts Rebecca was able to champion philanthropic performance measurement and Return on Investment community service. Her community service in practice has taken her to foster and mentor three inner-city siblings for two decades, and to serve as a volunteer social scientist with the non-profit her husband founded serving at-risk youth. Having conducted over 200 speaking appearances for organizations on topics ranging from leadership to philanthropy/community service, she has also hosted tv, radio, and new media shows for a combined two decades. Through these outlets, Rebecca has conducted over 3,000 elite interviews (CEOs, politicians, celebrities) for major markets (New York, Washington DC and Philadelphia) and her award-winning national broadcast (satellite television). Routledge Press released Rebecca’s work in the form of a book, The Politics of Foster Care Administration in the United States (2015).